During my first postdoc at MPE (2012-2015) I was in charge of the Observing Software for GRAVITY, as well as a number of other things. GRAVITY is an upcoming “second-generation” interferometer for the VLTI. It will offer microarcsecond astrometry and phase-referenced imaging. Its main science case is to study the Galactic Center where it will enable us to trace the motion of gas blobs very close to the event horizon of the super-massive black hole there. Apart from this, GRAVITY will also allow us to resolve spectro-astrometrically the so called broad line region in AGNs and tackle the question of the geometry of this region. These broad emission lines are used to estimate black hole masses throughout the universe and the geometry of this region is the major uncertainty in this estimate. I am responsible for the Observation Software of GRAVITY which includes writing the scripts that will eventually control the entire observing sequence, from acquisition to observation and calibration. A recent overview of the instrument software was published in the SPIE proceedings and the poster version shows all components of the GRAVITY instrument software at a glance: 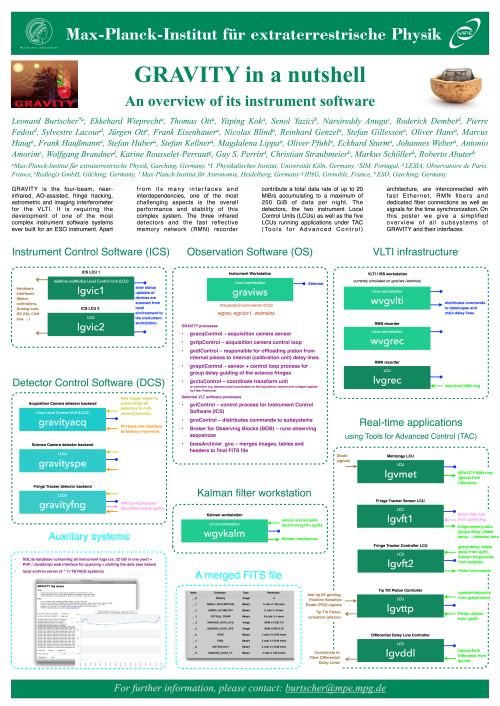 During my Ph.D. at the Max-Planck-Instiut für Astronomie in Heidelberg, I developed an observational strategy and co-developed and characterized an analysis method for very faint targets. Among other things, this required an upgraded data reduction software (EWS, lead developer is Walter Jaffe in Leiden) taking into account the fact that in faint sources there is not enough signal per frame to recover the group delay. This is shown in the two plots below:

The “old” version of the MIDI data reduction pipeline EWS was confused by low signal/noise frames and flagged large portions of the data. It was essentially not usable for faint targets. Please see the research paper for a full explanation of this figure and the figure below. 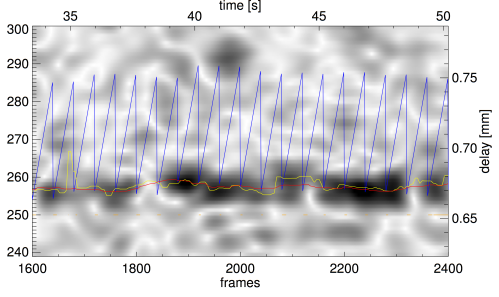 In the newer version of the pipeline, we essentially applied various smoothings to both the data and the reconstructed group delay in order to recover the intrinsic signal.

Apart from the upgraded software, the analysis of faint sources also required extensive testing and characterization. Among other things, we used observations of bright calibrators as a reference, mixed those observations with plenty of noise to create artificial faint sources and then measured how well we are able to reconstruct the intrinsic (and in this case known) signal using various methods. The most relevant of these tests and their application to actual science data are summarized in this invited SPIE contribution.

During my work with MIDI and the data reduction package EWS, I developed a number of tools (in IDL, which was the language of the trade at the time…). They are available at this github repository. Also, a lot of “wisdom” is collected in the MIDI wiki.